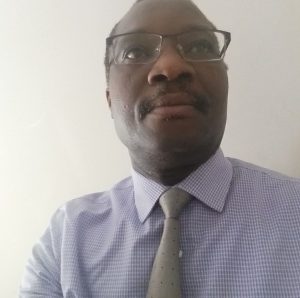 The Bible mentioned God using serpents to discipline the children of Israel in the wilderness for their ingratitude. He also brought a solution via the bronze serpent. (Numbers 21). That is how this will be. He will bring a solution very soon.

Having said that, in a world where the hatred for God and disobedience have reached an unprecedented height, I think God needed to tell us that He is still God. We have gone into high class blasphemy. To hate God now calls for celebration. Roms 1:27-29 is fully displayed in our time.

Now what suddenly happened to all the pride of the nations that believed that we had the world under control. We thought that everything was in our hands and hence God was irrelevant. Where is the nation that boasted to write its own version of the bible? Where are the nations that have threatened to eliminate God from their system? Why have we not been able to get a vaccine in spite of our so called technology? To further prove God’s point, the virus does not discriminate. It deals with the old and the young, the poor and the rich, the high and the low, the intelligent and the dumb. Sounds so much the way God operates.

The church has not helped matters. We have abandoned God and gone our ways. We have allowed the god of mammon to dictate the pace in church. Hypocrisy is the order of the day in our churches and the people justify it with absurd scriptures. We have turned the church to political turfs where we support and defend the pastors like politicians. Men of God are finding it comfortable to live in untold immorality. This includes sexual immorality. Things that were unheard of have since become the norm in our places of worship. Why will God be pleased?

He had the ability to hide us from this scourge even if it was the devil doing it but why did He choose to leave us and have us go through this?
This calls for worldwide repentance. There will be a few repentance but many will still not repent. Revelation 16:9-11 tells us that in spite of the terror that was unleashed by the angels, the people still did not repent. However, this will pass and the solution will come. I call on the world to look on to the Lord and live. It is time to cry for mercy.
This is not Armageddon. It is not even the beginning of it but just a show to the world of what the end might look like.