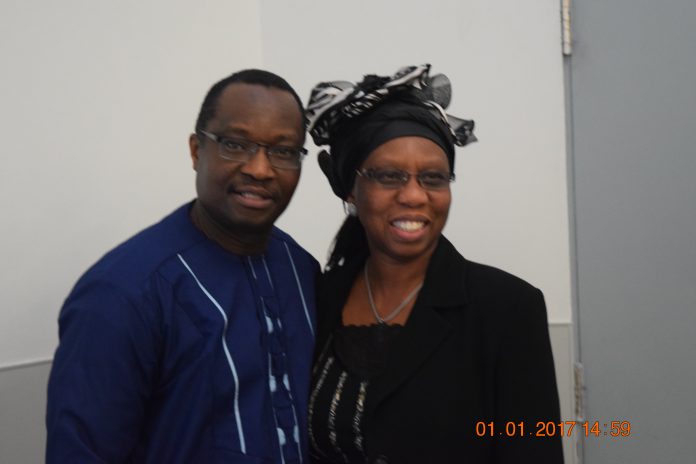 Marriage is a place for love not a place for war. It is a place for the demonstration of joy, happiness and bliss. It is not a place to compete but a place to collaborate. It is a place where we can demonstrate the perfect relationship as showcased in heaven. This is where God the Father, the Son and the Holy Spirit are co-equal yet by agreement with the Godhead, the Son would come to this world and die for mankind. (Phil 2:6-8 – TLB) This is what marriage is supposed to be. The devil could not stand this harmony in heaven and hence he wanted to destroy it and God cast him out. In the same manner the devil does not want to see this harmony exist in homes on earth hence he is all out to destroy it. Now we know the source of divorce and brutality as we see them today. Marriage is a place where we are co-equal but with a head. This relationship creates harmony. Any organization without a head is heading for disaster. Imagine a ship or an airplane where all the pilots are in charge at the same level……..

The institution of marriage will be confusing if we eliminate God from it. The best way to understand marriage is to understand how and why it was created in the first place. Marriage is not the place to come and demonstrate our feminist ideologies (whatever that means) or our male dominance chauvinistic/egoistic vibes. These attitudes will derail the institution of marriage very fast and the end result is DOMESTIC VIOLENCE. (DV)

The causes of DV could be classified into 2 and I can also classify them as visible and invisible. This quickly classifies DV therefore into the two categories which are visible DV and invisible DV. The visible is the one that is very obvious while the invisible is the subtle one and is hardly seen or noticeable unless you dig a bit dipper. The visible domestic violence is mostly perpetrated by men although some women sometimes partake in it also while most women tend to perpetrate more of the invisible violence with some men doing same. You notice the visible when for instance the wife goes to work with a black eye or you hear a loud scream from your neighbor’s home or sometimes it reaches a crescendo leading to the death of one of the partners. An example is the one that just happened at Egbeda, Lagos state of Nigeria where the husband killed the wife.

The invisible like I said previously is subtle, painful and just as dangerous as the visible. An example is when a spouse denies his or her partner of his or her conjugal rights like sex, thus using it as a weapon. Another example is when a spouse engages in a war of tongue lashing. These are very dangerous weapons. The invisible is more dangerous as the onlooker sees nothing but the receiver is in an immense pain. Both visible and the invisible are weapons like a gun in the hands of any good or disciplined soldier. They could be fantastic materials for defense. Talking about the invisible, let’s take sex for instance; it is an excellent weapon of defense for a home as it helps put the husband and wife together and ultimately the entire family so why use it as a weapon of punishment and thus leading to violence? The tongue is the same thing. It is an excellent weapon of defense or destruction depending on how you use it. If properly used, the tongue could bring abundance of joy to a home and if misused it could tear and burn down a marriage faster than any raging blaze. So why do we choose the negative? In the same vane, if a man channels his weapon of strength and ego properly, it could make the home a safe place rather than a war zone. So again why do we then choose to use our weapon of strength as an instrument of destruction called DV? These weapons, the enemy will often take and use them for our destruction. It is like putting a fantastic gun in the hand of a lunatic soldier.
I want to conclude this write-up by submitting that domestic violence is not African and that spouse battery is not an African culture.

IT IS A HUMAN CULTURE. I have often talked with many of my friends in the West and they come up with this conclusion that women are often battered in Africa. Interestingly I have also heard many of my African sisters agree with them. You know what friends? Domestic violence (DV) exists everywhere. It is interesting that even with all technologies available in the West, DV is still very common. I am an African and I come from Benin City somewhere in Nigeria. I don’t know too much about some other African cultures but by my culture, if a man inflicts injuries on his wife, his father, mother and the elders in his family are invited to the elders’ court to explain the reason behind this. I also know that the humiliation to the man’s family is supposed to make the man think twice next time before attacking his wife. I know that in those days in my village, if the man is found guilty of wife battery, his family is made to pay a fine by buying a goat and the batterer is made to drag the goat around the streets as a display of family humiliation so everyone will be aware of the sin he has committed which is the sin of ‘beating your wife’. This is a humiliation to his entire family. I guess you won’t want to do this twice in your village. Having said this, I understand that some cultural laws tend to help it.

A year or so ago I remember a man who used a knife on his wife somewhere in Calgary. Also in the Western world, there have been instances of men killing their wives with weapons such as guns etc. O.J. Simpson is not an African the last time I checked. DV is a response of human instinct inflicted by the enemy of mankind known as the devil. He is functional everywhere, it does not matter the continent. Do you know what makes me think? You would have thought that with the technology and the way people are caught and punished in the West and some African Cultures, DV would stop. No, it has not stopped. It is still happening. That tells you clearly that there is a stronger force that is beyond the ordinary. That is beyond the scope of this discussion. I do not rule out the use of common sense in all these.

We will be talking about this in church this Sunday. It will be great if you are a part of it. Why not make time to be at All Citizens Church on the 15th of May 2016.

We are surely going to have a great time in the presence of the almighty God.
God bless you all brethren.

THE VIRUS OF DEATH – Could this be God? A Reflection...