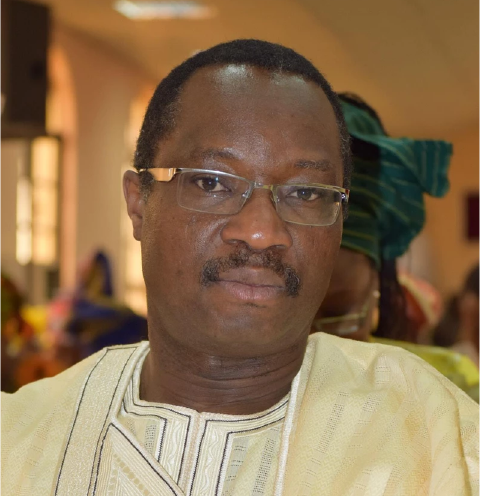 Christianity is not a religion that had never been under pressure. However, let me say that there was a time when Christianity thrived under a less hazardous atmosphere. Perhaps that explains the relaxed mood many Christians have found themselves today. Maybe that is about to change. A thoughtful Christian would have known that this environment will not persist or endure for a long time.

Recently, Christianity has come under all manner of vicious attacks. These attacks are not limited to any continent. The weapons of attacks are as diverse as the continents where the attacks are coming from. Some have been physical, causing bodily harm and resulting in untold casualties and fatalities. For example, in Africa, precisely in Nigeria there is a huge and palpable fear that the religion is under severe attack by the Muslims especially when it is perceived that lots of the people in authority are from the Muslim sector. Also, there appear to be subtle moves to sell the Islamic religion not through the normal process of personal conviction but either by force or by fraud.

In the Western world, especially in Canada, the Christians are under severe pressure to give up their fundamental beliefs by the government of the day and surrender to evolutionism rather than creationism as believed by the Christians. Also, the LGBTQ community backed by the government of the day has targeted the Christian faith as their major enemy. Even when the Christians have submitted to allowing the LGBTQ community to be and to go their way and believe whatever they believe. The system has put the Christians on the defensive by threatening to starve them of much needed government funds and subsidies. These subtle moves by the government seek to bring Christianity on her knees. For instance, In Alberta, Christian schools have been forced to adopt LGBTQ principles, agenda and philosophies with the threat that if they refuse, they will be starved of funds by the government. As if these threats were not enough, the government has gone to the most vulnerable in our society; our children and have forced the Christians to let the Christian schools teach them what they LGBTQ believes and not what the Christians believe. And to further alienate the parents of these Children from what their Children are been taught, the schools have to sign not to inform the parents of what their Children are participating in. Stories have it that school curriculum and textbooks are being changed to accommodate the believes of the LGBTQ community. Such is the oppression that today’s Christian must endure in Canada. I think it would have been morally justifiable to excuse our Children from this quagmire of confusion and let the children decide for themselves when they reach the age of accountability. Alternatively, we have chosen to sell our propaganda into their young minds thus creating sufficient confusion for these young minds as they hear one thing from home and a totally different thing from school. The kids really do not know what or who to believe now.

Various degrees of oppression and repression are being suffered by Christians all over the world. In many parts of the Middle east, churches are not allowed to be built and physical persecution of Christians causing bodily harm are ubiquitous. It is not different in Asia. Unfortunately, in some parts of Europe, the word ‘anti-puritanism’ has been used to silence the Christian believer and to gradually obliterate Christian values from the system. Let me quickly say this before I continue that in spite of all these, I want to submit that the annihilation of Christianity is impossible.

So, under such an intense pressure, the question is what is the Christian’s response to the present-day challenge we face? The persecution of Christians is not new to Christianity. The Bible has examples of many of such. In Acts of the Apostles, just at the birth of Christianity, Herod did it and this led to the death of James and the imprisonment of Peter. In the time of Queen Esther, there was a plan to annihilate the Jews, the race from which Christianity emanated. In Rome, many Christians were thrown to the lions and were eaten. It is on record that many of the Apostles of Jesus Christ were either beheaded, burnt or made to suffer one humiliating death or the other. In medieval Europe, many Christians were tied to the stake and burnt for not obeying what the authorities thought were the right things to do.

Now my question to today’s Christian, is what is our answer to modern day plan and proposal to emasculate Christianity? To this I answer that guns and cudgels might not work. The Christians have to be careful with political maneuvers and theatrics unless God directs such exactly.

So, what are we going to do? I leave this question to all Christians to begin to come together and find answers to.

CAN and PFN- Strategy for Evangelism

The Church and Present Day Deception

What Is Your Agenda?