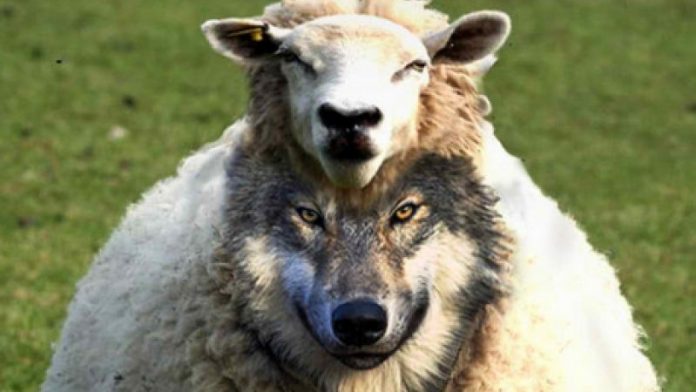 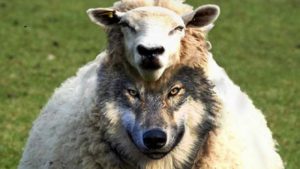 In the twenty-first century church, the crave for fame and celebrity statuses has pushed many ministers to hunt for miracles or things that will make them popular. The drive for the miraculous and the spectacular has opened the pathway to deception and magic in churches. It is not therefore unusual in our days to see church ministers playing tricks or acting in the theatre of the absurd just to attract a crowd.

On March 7th 2020, The Guardian, a Nigerian newspaper published a story about one Mrs. Bose Olasunkanmi who was employed by some pastors to perform acts that resembled miracles. This was a woman who had a medical challenge that the church should have sought to help, but instead, they took advantage of her disability for profiteering and merchandising! The woman was eventually arrested by members of the Nigeria Police Intelligence Response Team. The story told by the woman indicated that the pastors used to pay her to feign so-called miracles in order to deceive their audience. They would later relocate her to another unsuspecting audience to repeat the same act. The spectators are therefore fooled into believing that the fake healing taking place was as a result of the preacher’s prayer. For her service, she is remunerated by the pastors.
About a month ago, there were lots of videos circulating on social media of a certain preacher from Northern Edo state of Nigeria who claimed that Angels were distributing money through “alerts” into people’s accounts. As soon as I watched the video, I knew that it was another case of fake miracles, and one of the deceptions going on in the church today. More so as there is no scripture passage that aligns with such act. This was simply an instance of human manipulations to extort money from the gullible. It is a very condemnable act being put up by men that we expect to be above board since they are supposed to be the representatives of the almighty God on earth. Sadly, a few weeks after, another church minister went exactly the same way using the play book of the previous minister. It is a lie to describe fellows who play such unwholesome tricks as “men of God.” It is enough to classify them rightly as tricksters and criminals and who should be treated as such. To me, they ought to be arrested and sent to jail as I don’t see how they can biblically prove or justifying the claims they are making.
The Pertinent Question
The pertinent question remains how do we stop these kinds of deception festering in the church? Some have advocated for government regulations, just as an African country like Rwanda has already adopted. However, I have never subscribed to such step, as I’m of the opinion that the state may be infringing on the rights of the worshippers because their freedom of choice and worship may be disrupted and hampered.
Moreover, it is only when the swindled considers himself or herself swindled and seeks for help, that the intervention of the government or anyone for that matter is needed. Where someone believes that they are actually contributing to the spiritual development of God’s work, one may be stomping on their religious rights and beliefs by intervening. At this point the government actually lacks the locus standi to intervene. Some may blame the gullibility of the audience and sadly, I agree with them. Nevertheless, the only reason why I think a so-called church minister, who swindles the unsuspecting congregation should be arrested is that they are saying what is not true and practicing deception.
The Way Out
I’m of the view that the religious bodies that regulate religious organizations and their activities should come out with statements strongly condemning such acts so as not to create room for a blanket insult of the church and a poor reputation of its integrity. In addition, one also expects the church leaders or elders to come out with appropriate statements rebuking such errant behaviours. The issue here is that when the church elders and leaders keep quiet, complicity is inadvertently or patently implied. Concerning the above-reported incidents, I think I have only heard one minister mentioning the ‘Angel and money’ story in passing during a sermon and condemning it. Others may have done same but I did not hear them.

Where the Danger Lies!
The effect of deceptive acts by people within its fold is terribly injurious to the church. If regulatory authorities such as Nigeria’s CAN and PFN refuse to speak out, they lay credence to insinuations that the church is complicit or is incapable of regulating itself. As a result, it is to forestall this kind of deception which is designed to ultimately defraud the people, that certain countries like Rwanda have decided to regulate the activities of the church. Nevertheless, whereas such regulations ultimately become an overkill and hamper the church’s objectives, but unfortunately, it appears the church has called for it. By allowing the government to regulate its activities, the church will give room to people who either has a negative agenda for the church or have poor knowledge about spiritual matters to dictate how the church should be run.
The adverse effects of government control on the church are enormous. For instance, how are we going to preach the gospel to people like “Mrs. Sunkanmi” who was not just the sport for the deception, but the first object of deception herself? How will she ever trust the church or its agents? We must realize that we are experiencing a paradigm shift in the culture and activities of the world. The world has shrunken considerably such that information now flows round in seconds. People now are able to obtain information and analyze it very swiftly in. We may be able to fool the baby Boomers and some of the Gen. Xs, but let us realize that the Gen.Ys and Gen. Zs are far smarter than to be put in the deception bucket! They will kick the pail and walk away and the effect on the church will not be positive.
I know that the church is marching on and the gates of hell shall not prevail against it and that is sure. We may not lose all of them, but we sure will lose a number of them and we will make people very resistant to the gospel of the Lord Jesus Christ.
Am I through this kind of talk thus holding brief for the church? Far from it! I feel I am too minuscule to do that.

Surely There is an End
The church is Jesus’ Bride and He will cleanse it while those who want to introduce filth into her will only have themselves to blame. Ultimately, if these deceptive and magic-working preachers do not repent of their mess, they will have God to face. Yes, they may have turned some people back from the kingdom, but I remember that Jesus said (in Matt. 18:6b) that: “it will be better for him if a millstone were hung around his neck, and he were drowned in the depth of the sea”.
Anyone cannot therefore mess up the gospel and play tricks in God’s house and assume they will go free. If I may ask, where are some of the ministries we knew about four or five decades ago? Many ministries we saw yesterday and that we’re seeing today, will not survive the second generation. They will die within a short period after the demise of their founders.
And to those who are holding the flags right, please continue doing the right things. You may not get the crowd but those you get will join you to shine as stars on the last day.
Hold forth, brethren!
Your fellow soldier,
Pastor Nosa K, Idahosa,
All Citizens Church, Calgary